Creating a Cover - Brides of the Old West

Did you ever wonder how a book cover is created? Today I'm going to share the process talented author and designer L.A. Sartor followed when she designed the cover for Brides of the Old West.

It all started with this photograph. 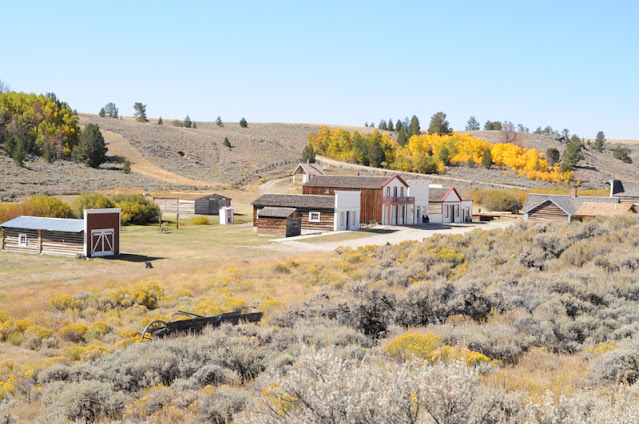 Even though the novellas are set in Cheyenne, I thought this picture from a trip my husband and I took to South Pass City exemplified the old West and wanted it for the cover.

L.A. had some concerns, but she agreed to see if she could make it work. When she showed me her first design, she was afraid I'd hate it. I didn't. In fact, I LOVED it. Oh, there were things we both knew had to be changed, but the overall look was perfect. 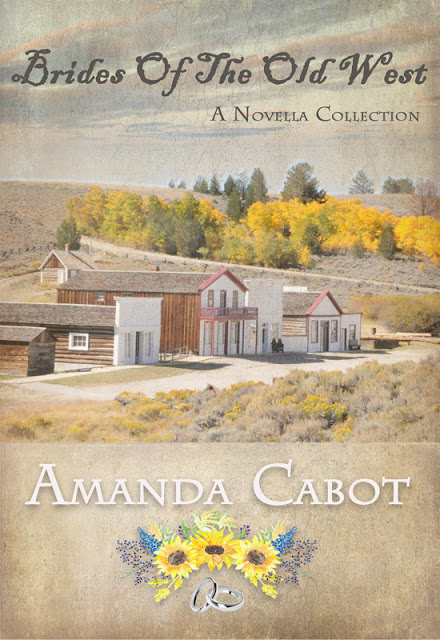 We worked together to choose type fonts and colors, but because the original design was so good, that didn't take long. This was the cover that would appear on ebooks. 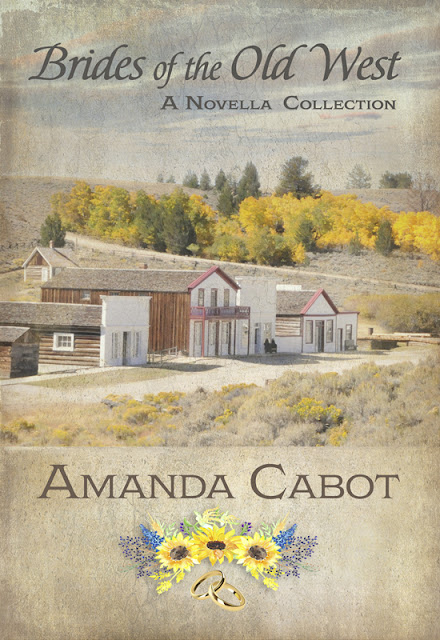 The next step was to create a cover for the print version. That involved designing the spine and the back cover. 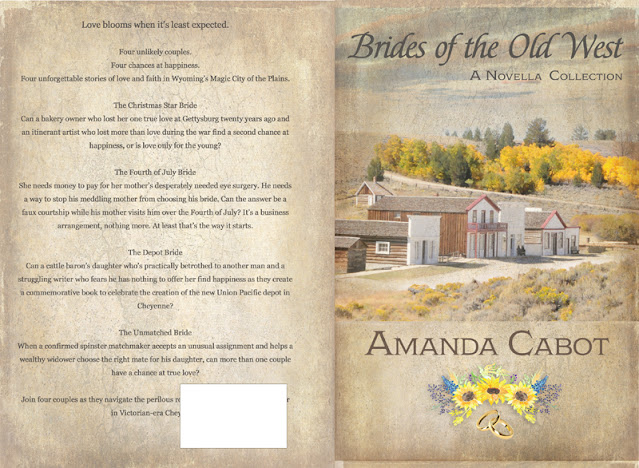 As you can see, there were some problems, the biggest of which is that I had written too much back cover copy. It was time for me to do some cutting. 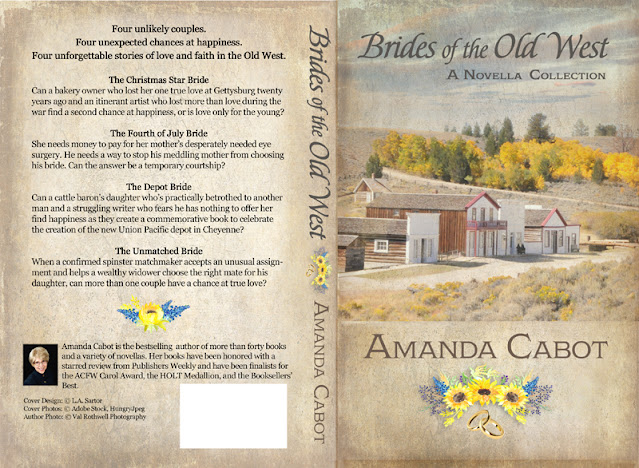 Besides cutting the number of words in the copy, we made a few changes along the way, including adding the sunflower spray. At this point, we both thought the cover was finished. But ... There's always a "but," isn't there?

When I received a proof copy of the book and saw the back cover by itself, I realized there was a minor problem. 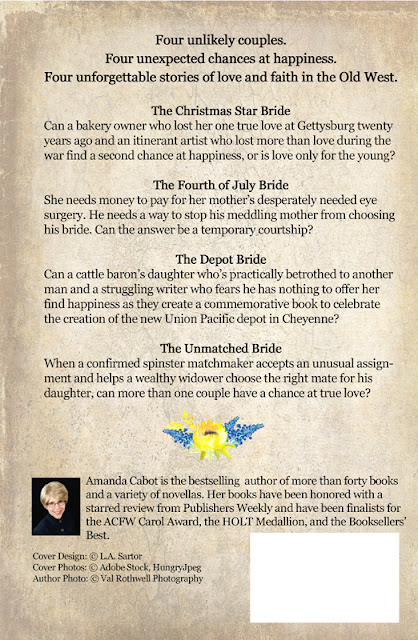 It may not have bothered anyone else, but it looked too plain to me. Furthermore, there was nothing tying the sunflower spray to the rest of the cover. The solution was easy. 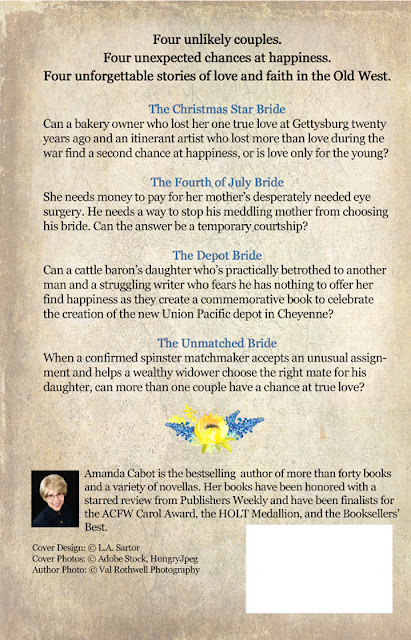 By making the novella titles the same blue as the flowers in the spray, the back cover was more appealing. And so we had the final version of the print cover. 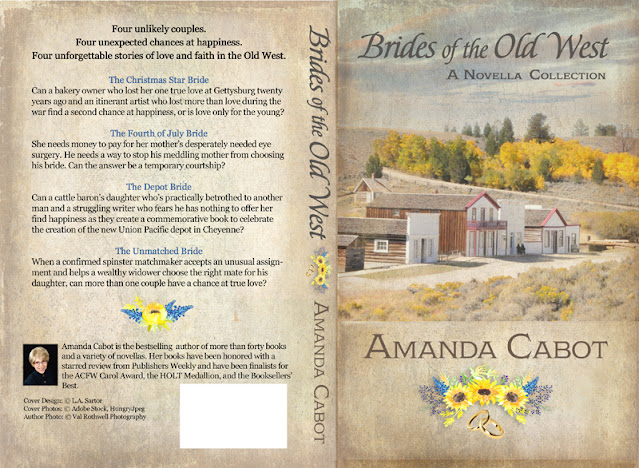 Both L.A. and I are thrilled by the way it turned out. I hope you agree with us that it's a beautiful cover and one that will intrigue readers.