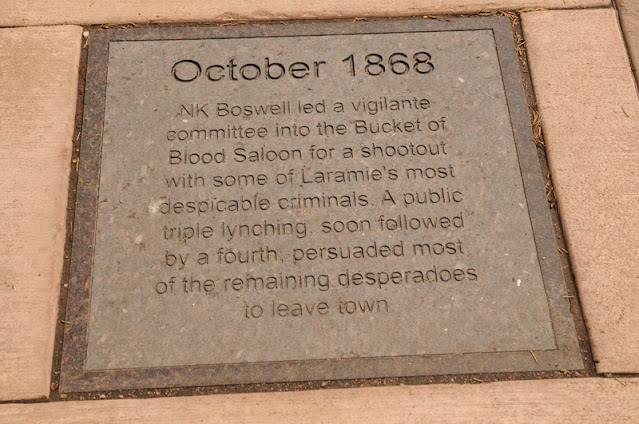 Talk about the Wild West! This, the first of the historical stones from the pocket park in Laramie, Wyoming, certainly paints a picture of a violent time.

Vigilante justice, public lynchings, and a saloon named "Bucket of Blood" - it doesn't get more Wild West than that, does it? 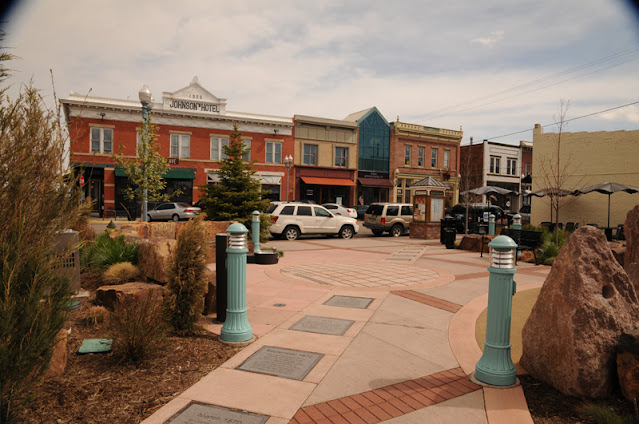 For many, the primary attraction on this block of downtown Laramie, Wyoming, is the row of buildings with their careful blending of old and new architecture, but there's more than that to intrigue visitors.

The pocket park in the foreground includes tidbits of Laramie's history recorded on the walk. How often do you see that?

For the rest of the month, I plan to share those historical tidbits, giving you a glimpse into the past of one of Wyoming's cities. I hope you'll come back each week to see what happened there. 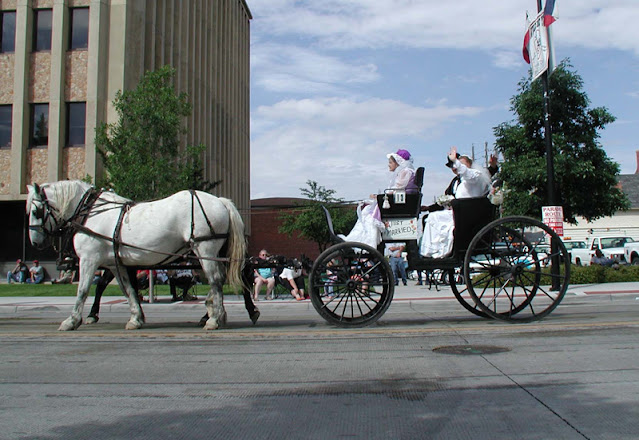 Since I write stories of happily-ever-after, I couldn't resist ending the month with a picture of a bridal carriage.

I hope you've enjoyed the pictures of Frontier Days' parades and that you'll come back next month for more Wednesday in Wyoming posts. 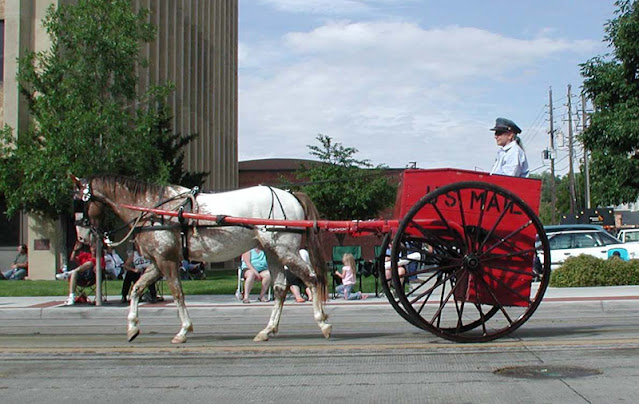 We've come a long way since mail was delivered by a horse-drawn wagon, but some things never change, like the importance of written communication. Imagine how eagerly pioneers awaited news from their families back East and how often those precious letters were read. 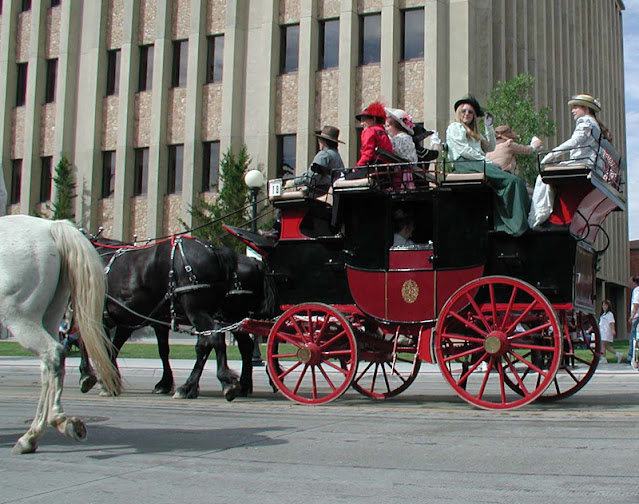 Welcome back to the Frontier Days parade. As you can see, horse-drawn vehicles are a major part of it.

Did you ever wish you could ride in a stagecoach? While the views might be better from the seats on the roof, after a few hours in the sun or rain, I suspect the attraction would fade. 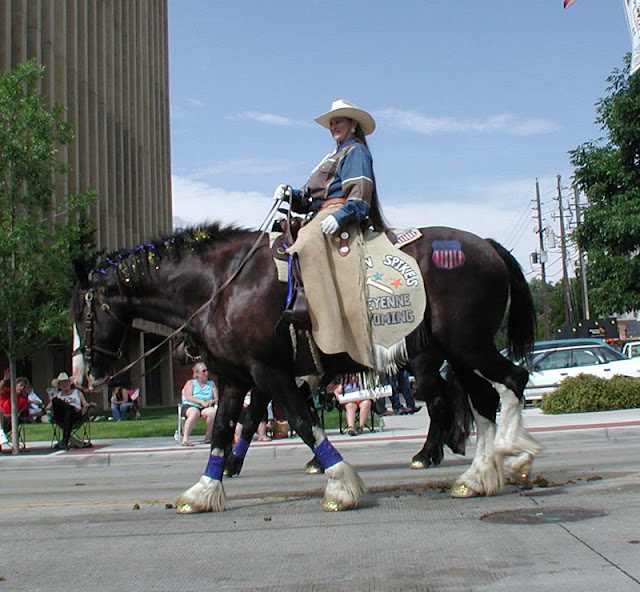 July is Frontier Days month - the biggest event of the year in Cheyenne. Although the rodeo is the primary attraction, there are numerous other activities to attract visitors (and residents).

Since the four Grand Parades are among my favorite events, I'm going to feature them this month.

Cheyenne owes its existence to the Union Pacific railroad, so it's not surprising that at least one of the entries in the parade relates to the building of the transcontinental railroad.

But a horse with golden hooves? What does that have to do with a railroad?

The horse and the gold on its hooves and in its mane commemorate the golden spike, which marks the completion of the railroad. Two teams, one working from east to west, the other from west to east, met in Utah, where the now-famous last spike was driven.

For more information about the golden spike and the national historic park where it's located, click here. 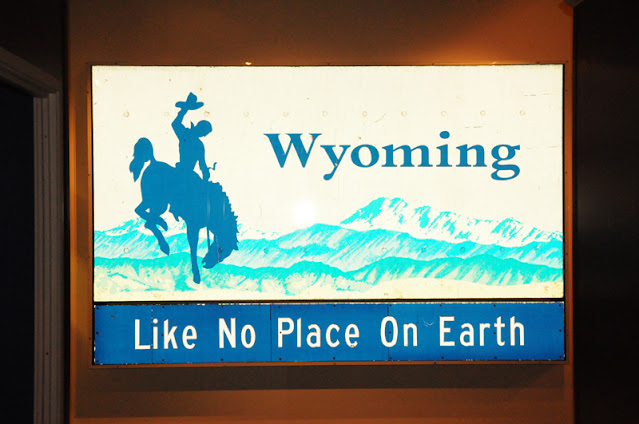 When I saw this sign on display at the State Museum in downtown Cheyenne, I nodded in agreement.

It's true: the state I now call home is unique.

Posted by Amanda Cabot at 10:04 AM No comments: