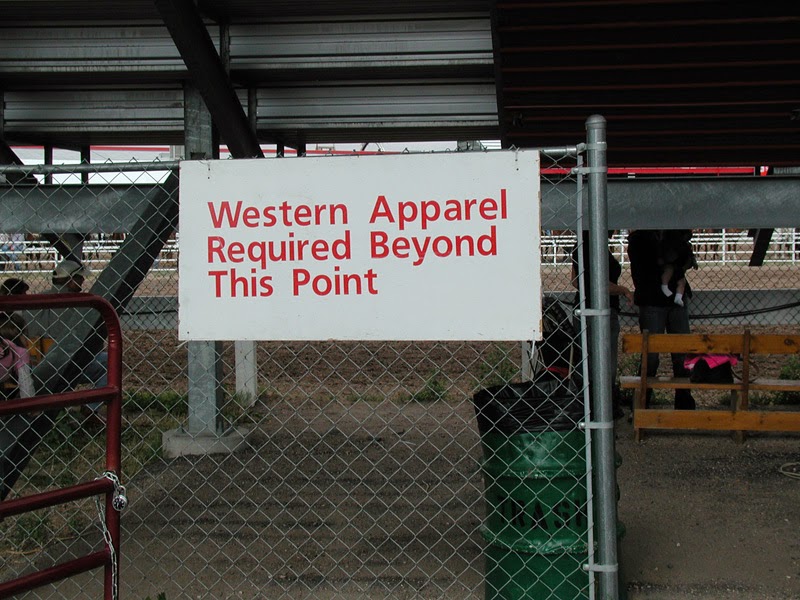 I have to admit that I'm still puzzled by this sign from Cheyenne Frontier Days.  What did the rodeo organizers expect?  Or, probably more to the point, what kind of attire did they see before they posted the sign?
Posted by Amanda Cabot at 7:00 AM No comments: 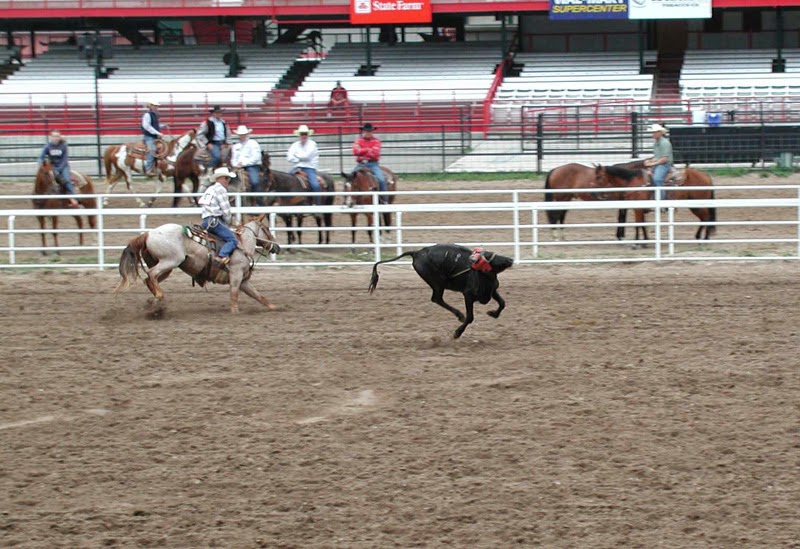 Whether it's Cheyenne Frontier Days or any other rodeo, one of the things you probably don't think about is accidents.  Unfortunately, despite all the safety precautions, sometimes they occur.  Cowboys can be injured, and so can animals.

This steer was injured during the steer roping event.  So, what happens?  There are onsite medical crews for both humans and animals, just waiting to help. 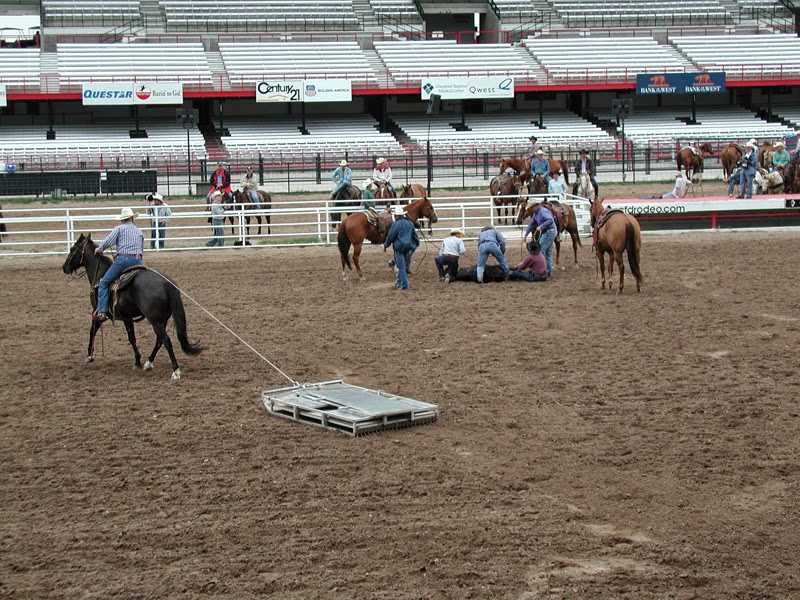 A special sled designed to carry an injured animal is brought into the arena, assembled and then, with the restrained animal safely loaded on it, carried out. 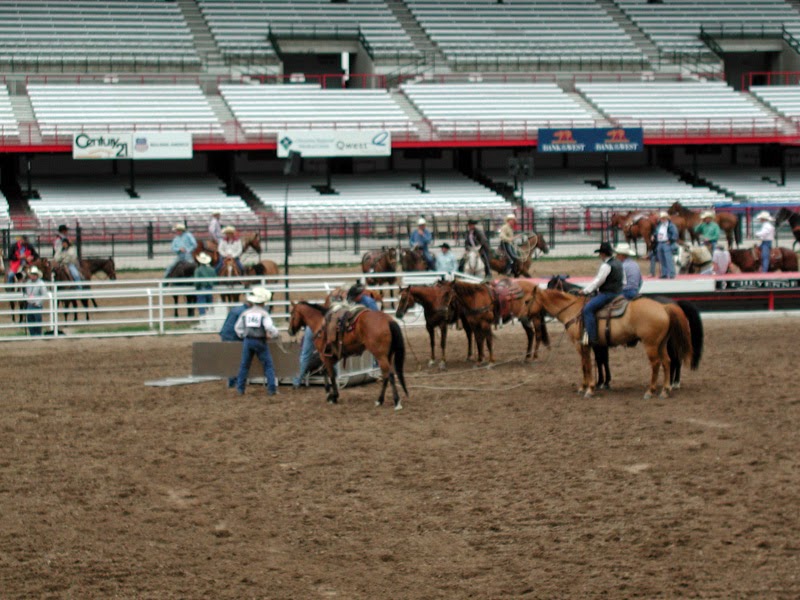 I don't know what happened to that animal, but I want to believe that he was part of another steer roping event later in the year. 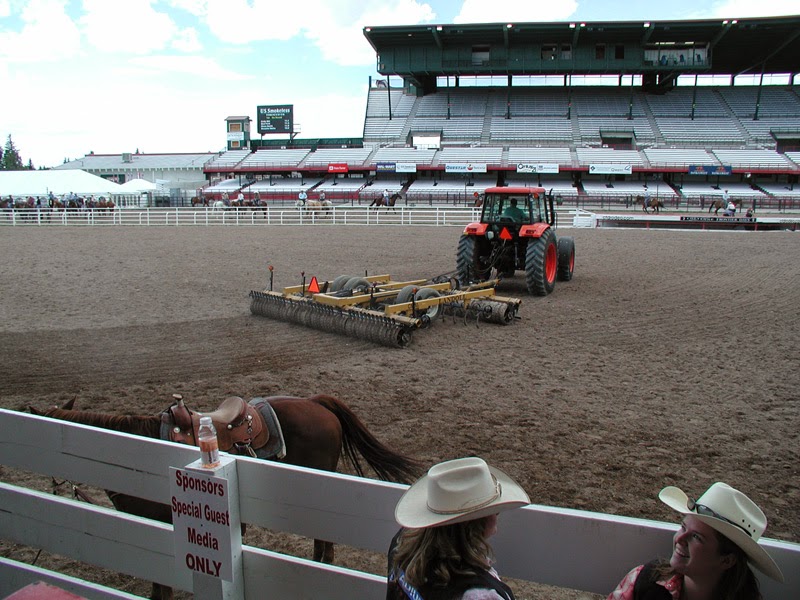 Today's our second time to talk about "behind the scenes" events at Cheyenne Frontier Days.  This isn't exactly behind the scenes, but it's something you might not have considered if you haven't attended a rodeo.

One of the inevitable results of a rodeo is that the dirt is trampled by all those hooves.  That's why the arena needs periodic grooming.  It starts with raking the surface. 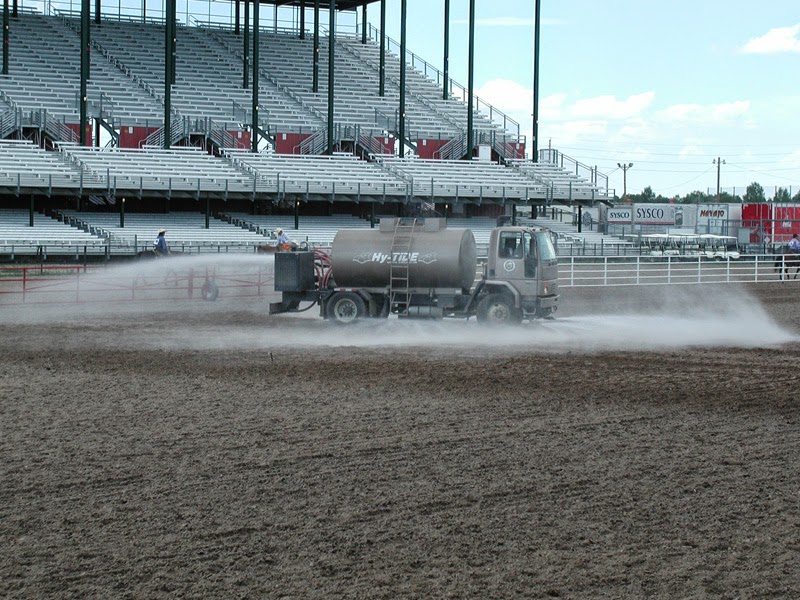 And is followed by what I refer to as the watering step.  I found the process interesting, but most of the others considered it a good time to take a break.

This month is Cheyenne Frontier Days, better known locally as CFD.  It's the world's largest outdoor rodeo and one that has won numerous awards.  It's also THE big event of the year in Cheyenne, when the city puts on what feels like a party for residents, contestants and visitors.

This year I thought I'd show you some "behind the scenes" pictures of things you might not have thought about.

Let's start with how all those cattle that are involved in the rodeo get into the arena.  They're kept in pens near the arena, and then there's a cattle drive.  That's what you see in both pictures. 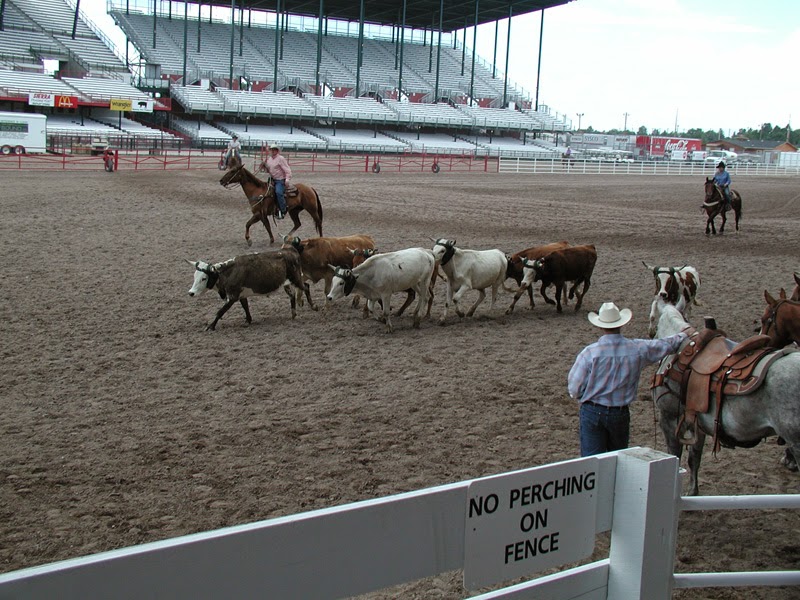 I've decided I want the job of the cowboy in the foreground.  Supervising looks like a lot easier job than actually herding cattle, but is it more fun?  What do you think? 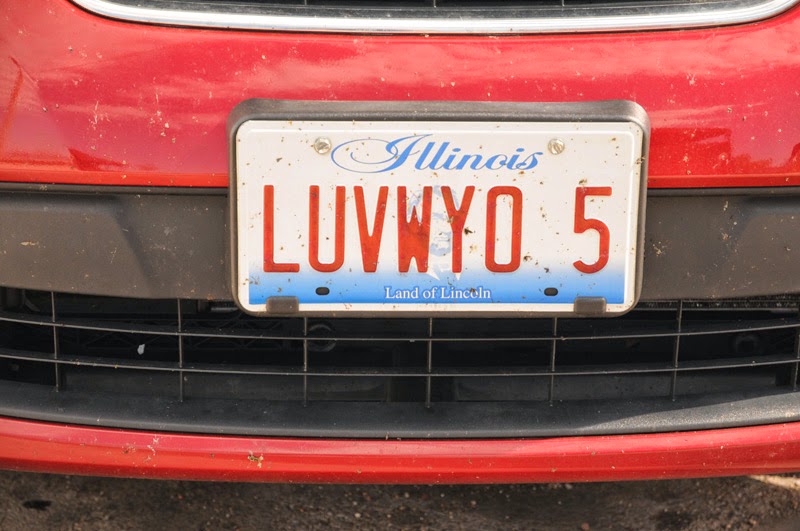 This is something you don't see very often.  And, yes, it was spotted in Wyoming -- in an interstate rest area, to be specific.  As you can imagine, I was happy to learn that someone outside the state shares my love for it and is willing to tell the world about it.