When you think of pioneers on the Oregon Trail, do you picture them riding in a covered wagon?  Reality was that many of them walked alongside the wagons.  If you're like me, you probably can't imagine walking literally thousands of miles, all because you wanted a better home, a farm of your own or simply more freedom. That strength, determination and courage are among the many reasons I admire the pioneers. 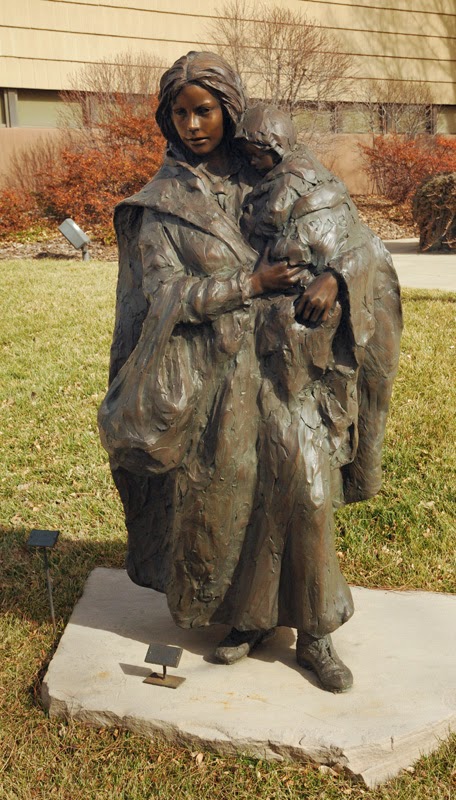 If you're wondering about the statue, I discovered it at the Leanin' Tree museum in Boulder, CO.  I knew Leanin' Tree was a manufacturer of high quality greeting cards but was surprised to learn that the founder of the company shares his large collection of western art with the public in an outdoor sculpture garden as well as a two-story indoor museum for paintings and smaller sculptures.

If you're ever in Boulder, I recommend a stop at the museum and, if you have the time, a tour of the factory.  It was fascinating to see how the cards are printed, cut and folded.  I even had the chance to try my hand at folding envelopes.  I failed!

Here's some information about this particular statue. 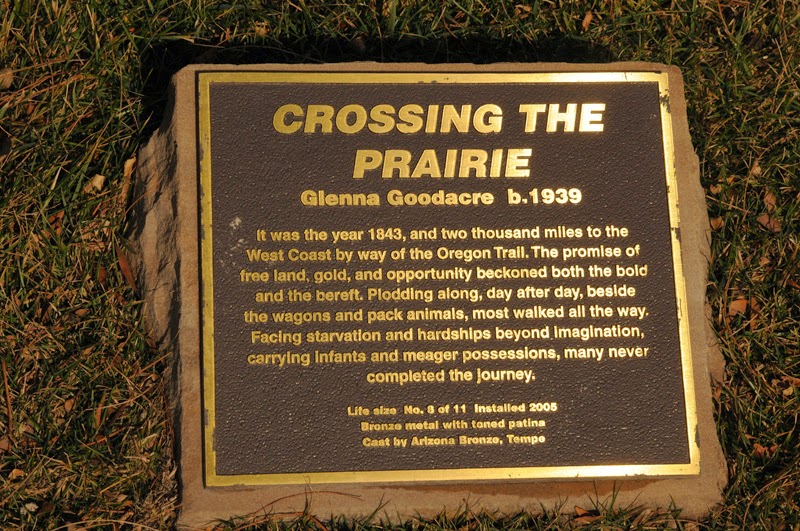 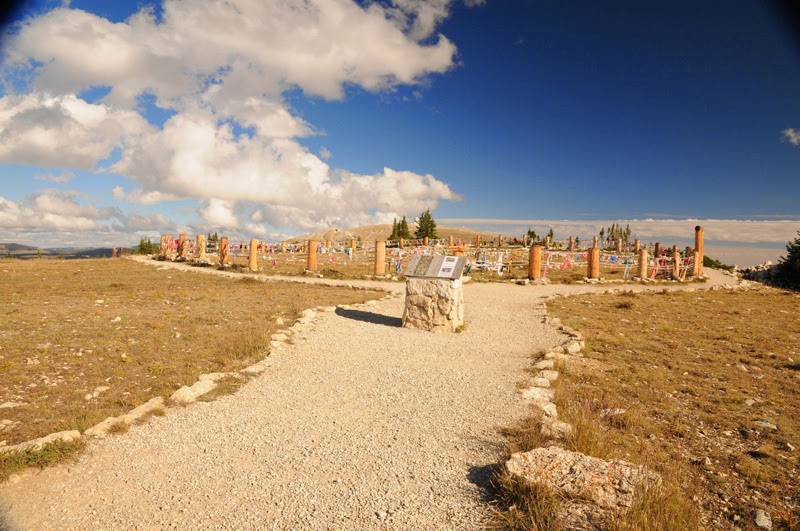 Have you seen anything like this?  It's called the Medicine Wheel and is one of the most famous Native American sites in the Big Horn Mountains.

Getting there is an adventure.  Except for handicapped visitors, cars are not allowed to drive the last mile.  It's a difficult climb over uneven terrain, made all the more challenging because of the high altitude.  But the  wheel itself is unforgettable. 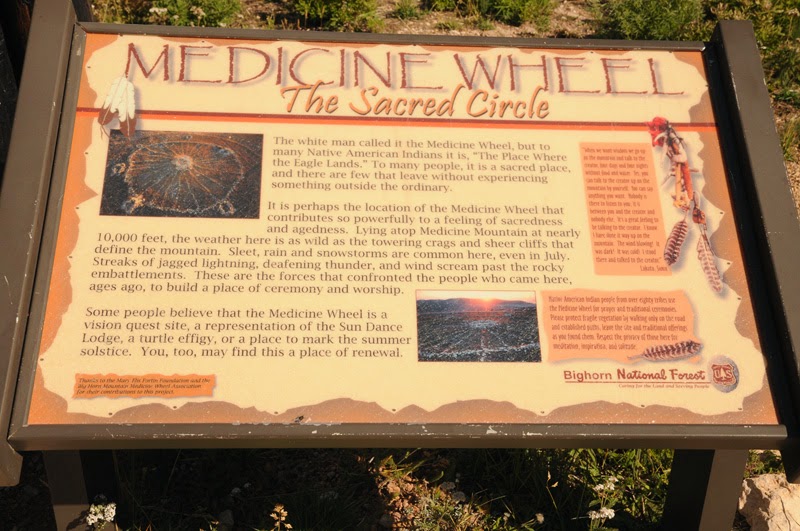 The Setting for "The Sagebrush Bride" 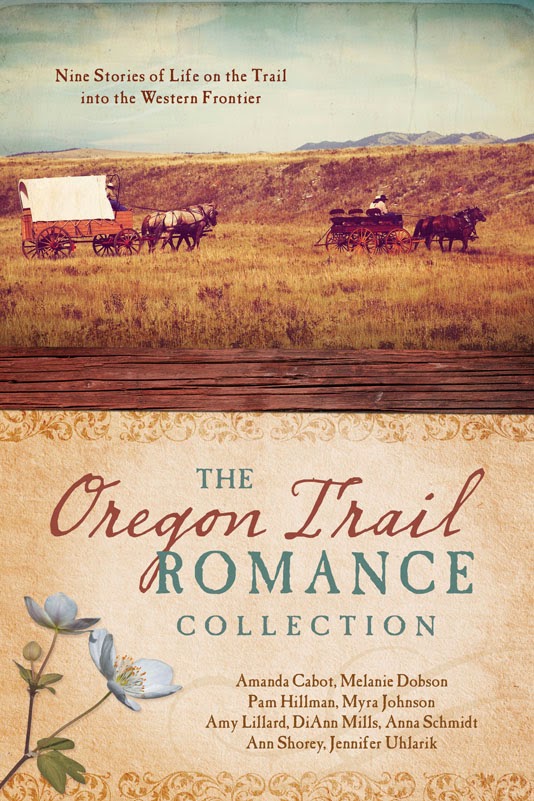 Many of my books are set in fictional locations, but that's not the case with "The Sagebrush Bride."  I wanted my part of The Oregon Trail Romance Collection to be as authentic as possible, so I've used real locations.  Even though they look a bit different in the twenty-first century than they did in the middle of the nineteenth, I thought you might enjoy seeing them.

The story starts with Avice looking at Chimney Rock, one of the landmarks in Western Nebraska.  Here's a distant view of that famous site. 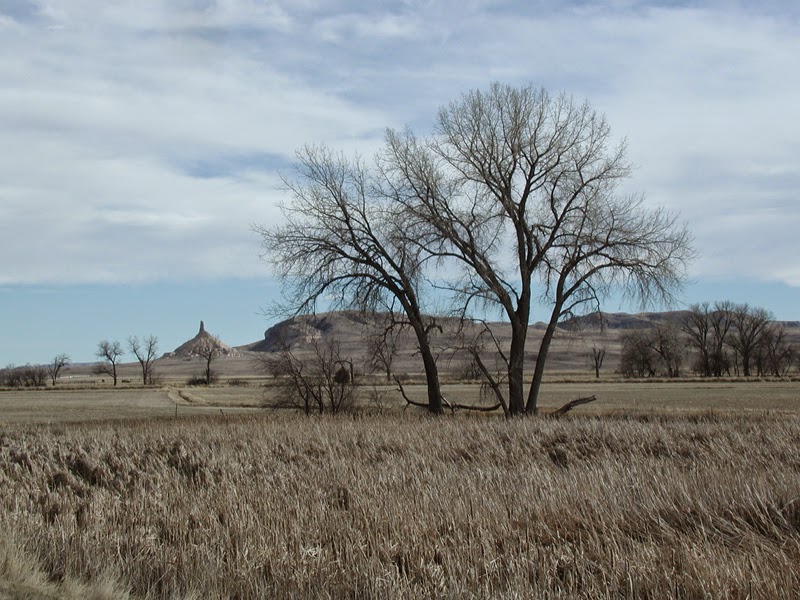 And here's a closer view so you can see why it's called Chimney Rock.  It reminds Avice of something different, but it does look like a chimney, doesn't it? 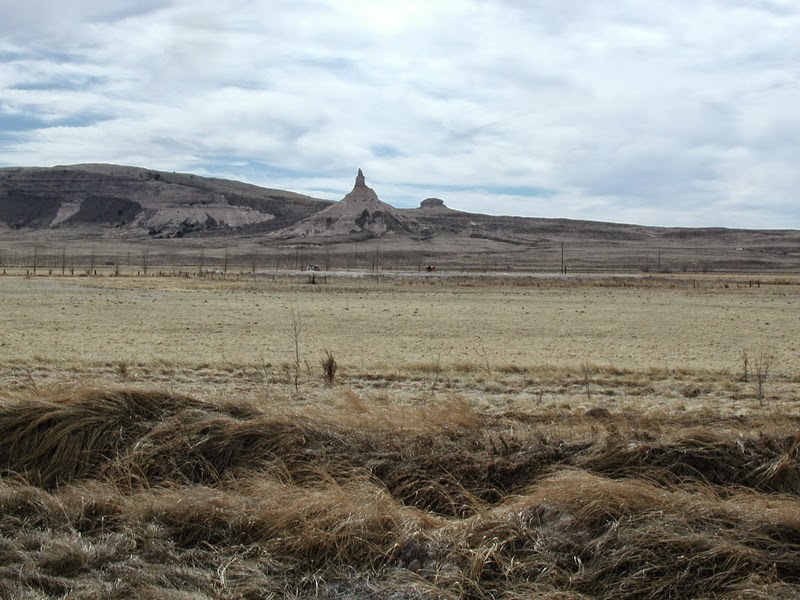 The majority of the story takes place at Fort Laramie, where travelers bought supplies and rested for a day or two before embarking on the most difficult part of the journey west.

Aren't the trees beautiful?  They weren't there when Avice and the other pioneers saw the fort.  This picture shows the old and new guard houses (not places you'd want to spend any time, I assure you) and the ruins of the administration building.  The big grassed area in the center is the parade ground, where the soldiers practiced marching. 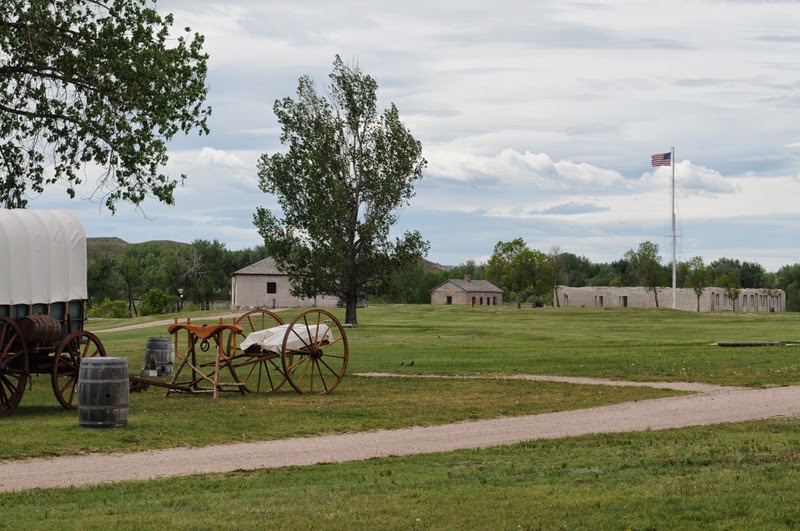 As you might expect, Officer's Row was the most beautiful part of the fort.  The buildings you see are the surgeon's quarters, the Burt House and the sutler's store. 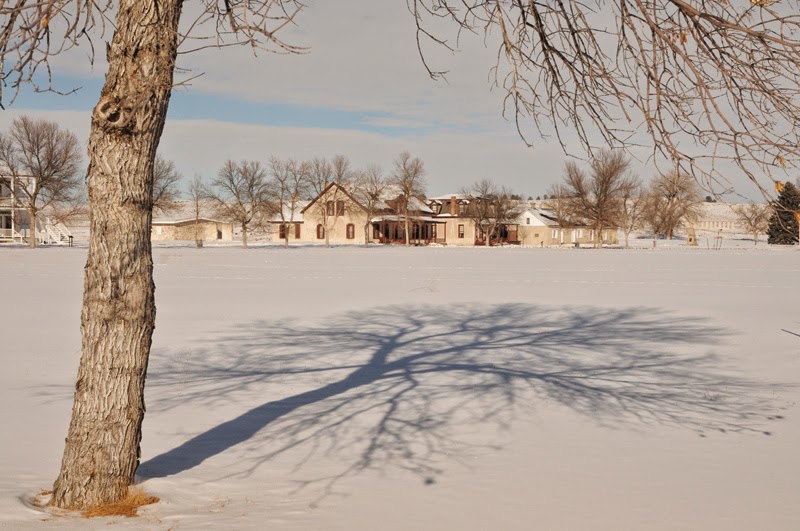 Ah, the sutler's store.  That's where Raleigh spends his days and where he and Avice meet for the first time. 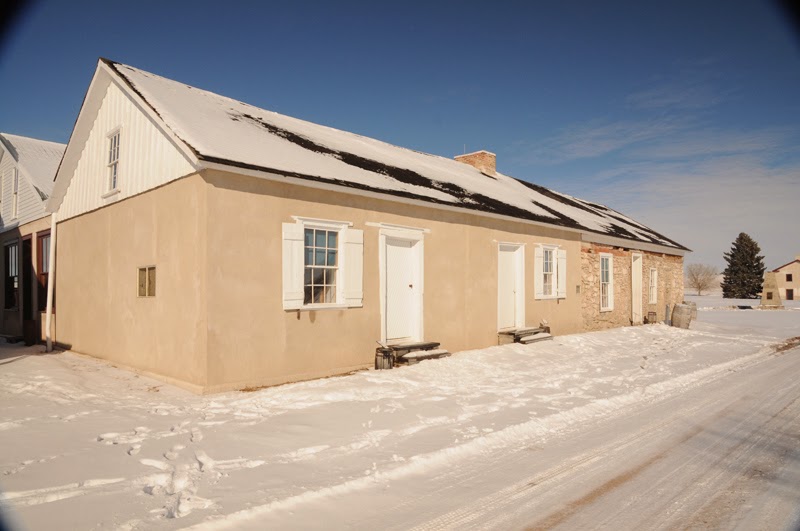 What's inside this rather plain looking building?  Many, many things. 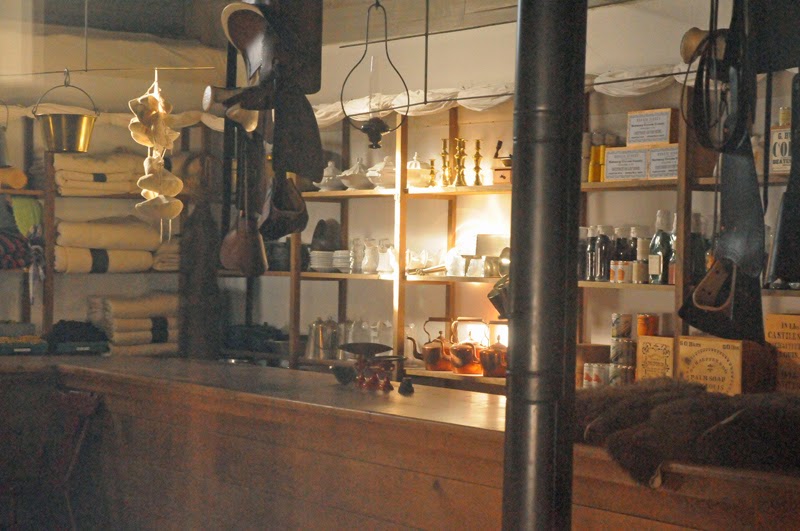 Travelers could buy everything from blankets and saddles to tonics. 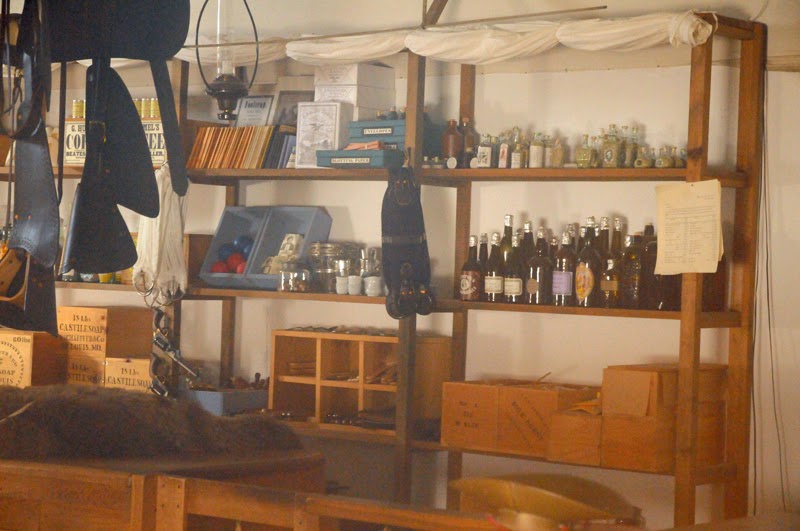 I forgot to mention soap and kettles, didn't I?  And then there were shoes and boots. 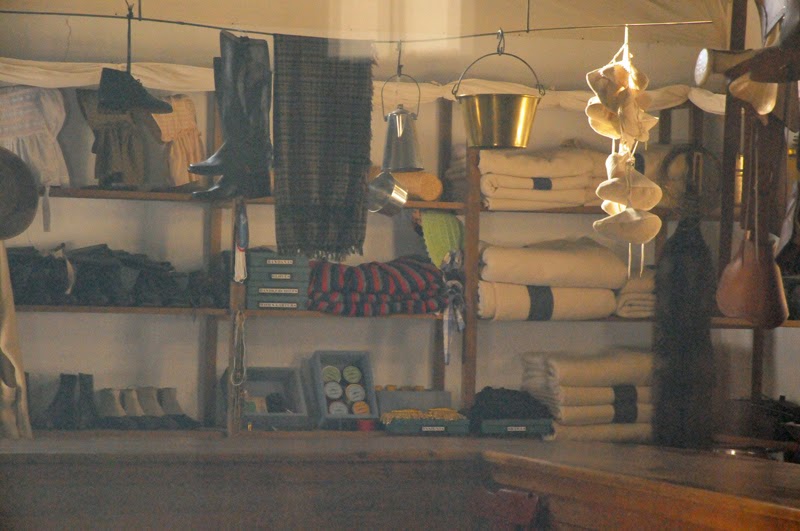 The sutler's store was one-stop shopping, simply because it was the only store on the post ... or, for that matter, in the whole area.  Is it any wonder Avice made it her first stop when she arrived at the fort?

As for what happens next, all I'm going to tell you is that she got much more than she expected when she set foot inside.  And so did Raleigh. 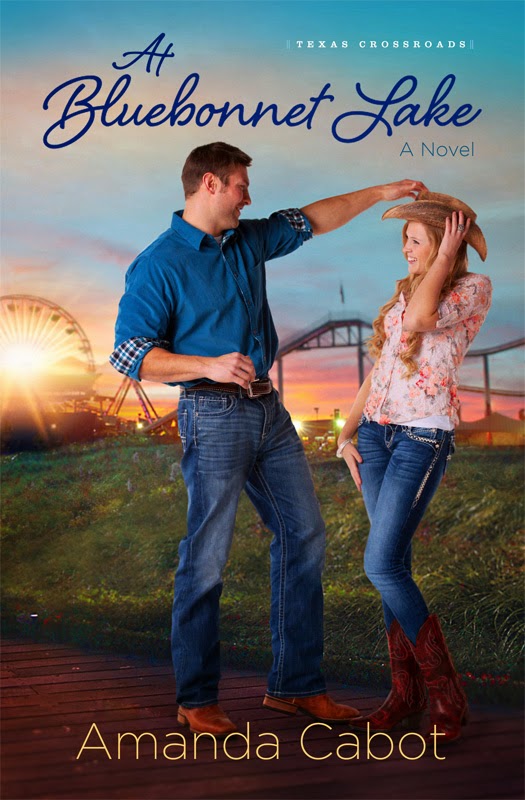 I'm delighted to announce that for the first time ever the e-book version of At Bluebonnet Lake is being offered at the special price of $1.99.

The sale only lasts three days, so don't wait.  If you haven't read the book that received one of Publishers Weekly's coveted starred reviews, now's the perfect time.

To make it easier for you, I've included some buying links:

Posted by Amanda Cabot at 7:34 AM No comments: 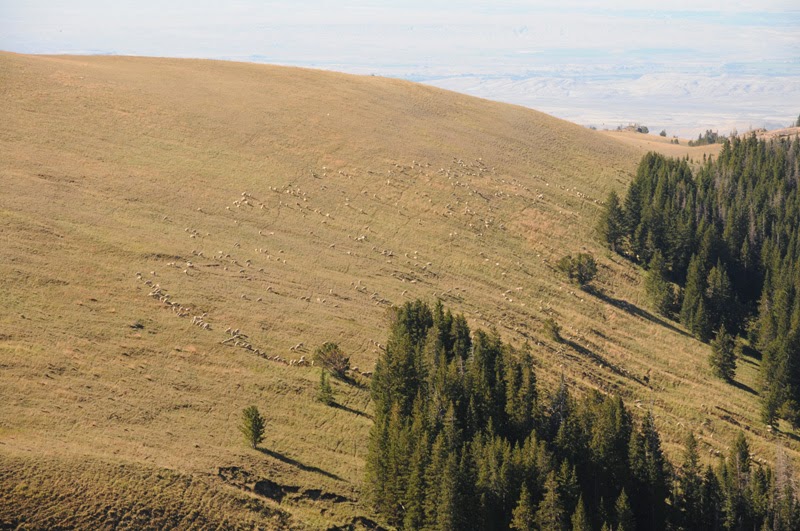 When I first saw this, I thought those were rocks dotting the hillside.  I was wrong.  They're sheep!  This part of Wyoming (the Big Horn Mountains) has sheep farms as well as cattle.  Fortunately, the wars between sheep and cattle ranchers are history. 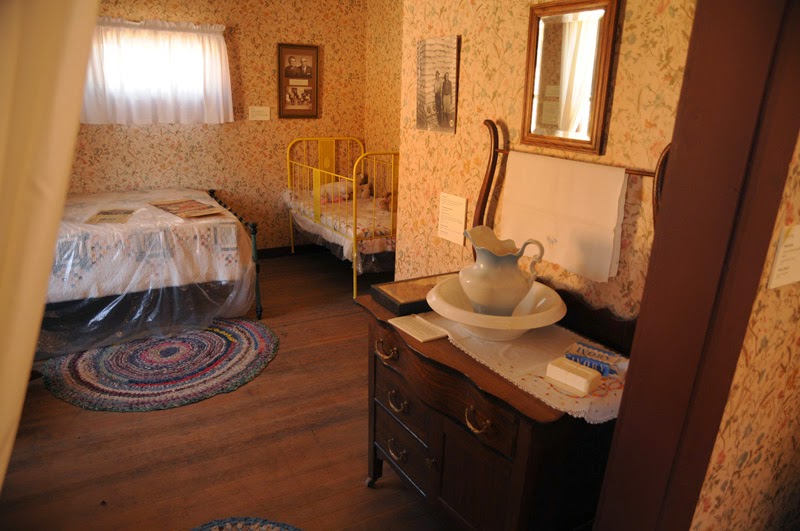 Does your house look like this?  Mine doesn't, either, but when I look at it, I can imagine my ancestors living in a home like this.  I admire the pioneers' strength immensely but have to admit that I'm grateful for central heat and indoor plumbing.

If you're curious about the house, it's part of the Homesteader Museum in Powell, Wyoming. 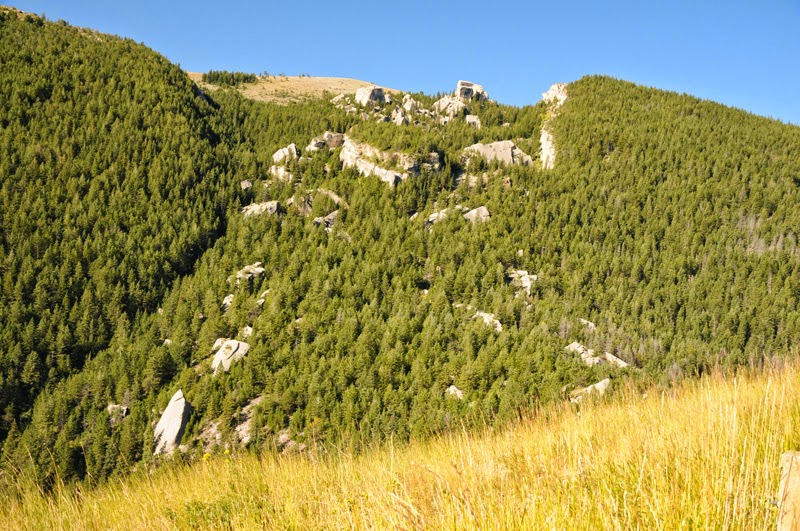 What do you see when you look at this picture?  Can you imagine a city in ruins, tumbling down the hill?  It's for just that reason that it's been nicknamed "Fallen City."

Here's the geological explanation of what caused the rocks to split and fall. 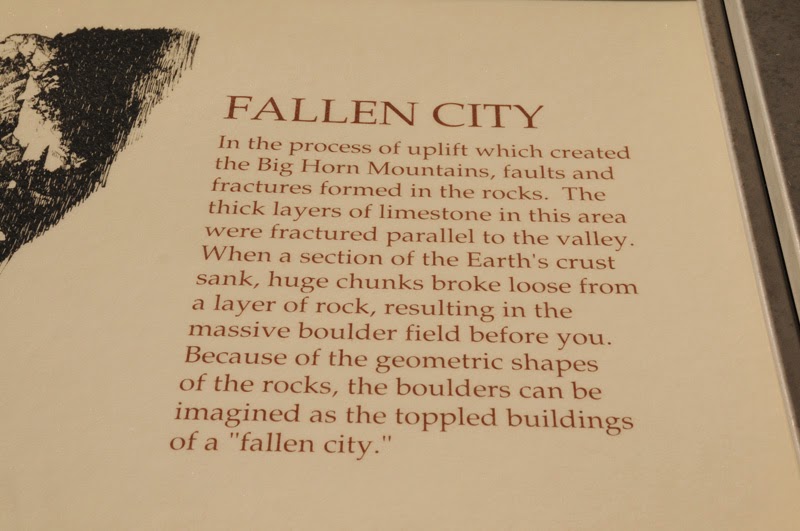 And, as you can tell from the sign, Fallen City is found in Wyoming's Big Horn Mountains.
Posted by Amanda Cabot at 7:00 AM No comments: