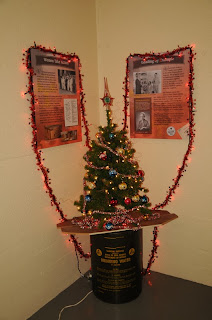 As 2014 comes to a close, I'd like to share one more tree from the Historic Governors' Mansion with you.  This one isn't as elaborate as some of the others.  What makes it unique is its location.  It's inside the basement fallout shelter.  If you look carefully, you'll see that the tree stand is a barrel of drinking water.

If you're like me, today isn't only a day to celebrate the end of one year and the beginning of another.  It's also a time to give thanks for all the blessings we've received.  Among many other things, I'm thankful that we've had no need to use a fallout shelter.

And so I end the year by wishing you a new year filled with peace and prosperity.
Posted by Amanda Cabot at 6:30 AM No comments: 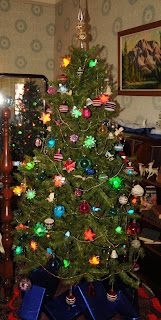 Can you guess the era when trees like this were popular?  I wouldn't have known without the explanatory signage.  It turns out that this tree is from the nineteen forties.  Because America was at war then, many trees were patriotic, with red, white and blue as their predominant colors.  And stars were popular shapes for ornaments, reminding those at home of the men and women who were serving in the armed forces.

What I found particularly interesting were the lights.  I've never seen metal skirts (for want of a better term) for them.  Have you? 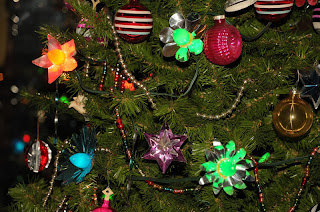 However your tree is decorated, I hope that your Christmas is a joyous one and one filled with the celebration of the true reason for the season.

Did you notice anything unusual about this tree?  How about the bandanna at the top?  You've probably guessed that this is a western tree, designed for the room in the Historic Governors' Mansion with western decor. 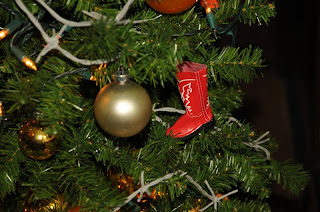 As you can see, some of the ornaments were boots.  But the most unusual part is the tree topper. 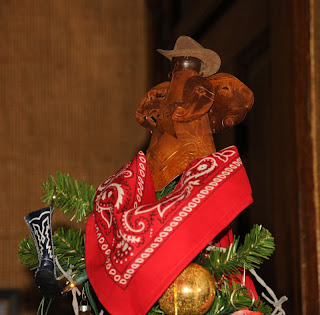 I have to admit that this is the first time I've seen a  cowboy angel.  Dare I say that this is an "only in Wyoming" tree?
Posted by Amanda Cabot at 6:30 AM 2 comments: 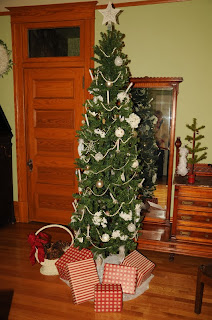 You may notice that this tree is much simpler in appearance than the one I featured last week.  It's smaller and lacks the brightly colored ornaments of earlier times.  As a reaction to what some considered the excesses of the Victorian era, trees in the early twentieth century were often decorated with nothing but white ornaments.  That doesn't mean that the ornaments were any less elaborate.  As you'll see below, they were not.  But they were white.  Mostly ... 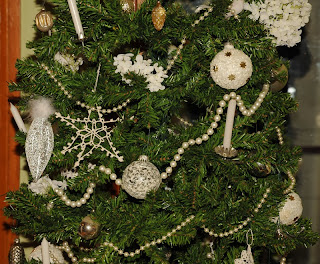 Posted by Amanda Cabot at 6:30 AM No comments: 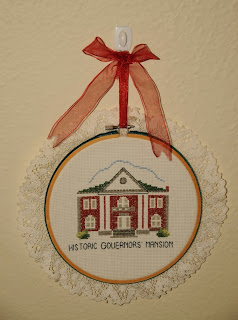 Welcome to Wyoming's Historic Governors' Mansion, located in downtown Cheyenne.  For the rest of the month, I want to share some special Christmas trees with you.  These were all part of the Mansion's 2013 "Tinsel Through Time" exhibit. 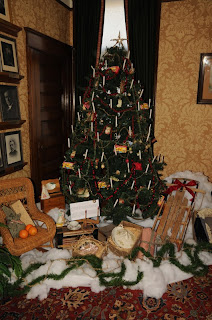 The first tree I'm going to share with you is one you might have seen in any well-to-do house in the early twentieth century.  Notice the candles (a fire hazard by modern standards).  If you look closely, you'll also see the Barnum's Animal Cracker boxes used as ornaments.  Although animal crackers had been produced before then, it was 1902 when the National Biscuit Company, later known as Nabisco, introduced the boxes with string handles that could turn them into ornaments.


Posted by Amanda Cabot at 6:30 AM No comments: