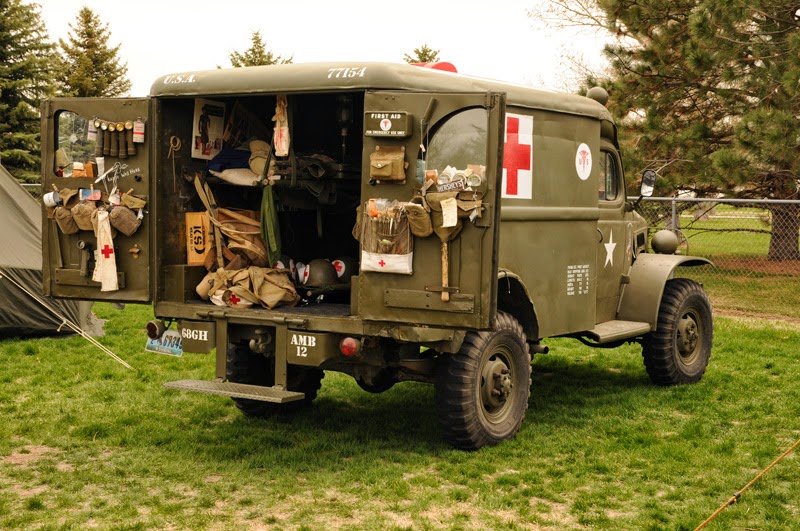 As you might expect, ambulances were an important part of the war effort.  With their bright red crosses, they were not supposed to be targets for enemy bullets.  However ... 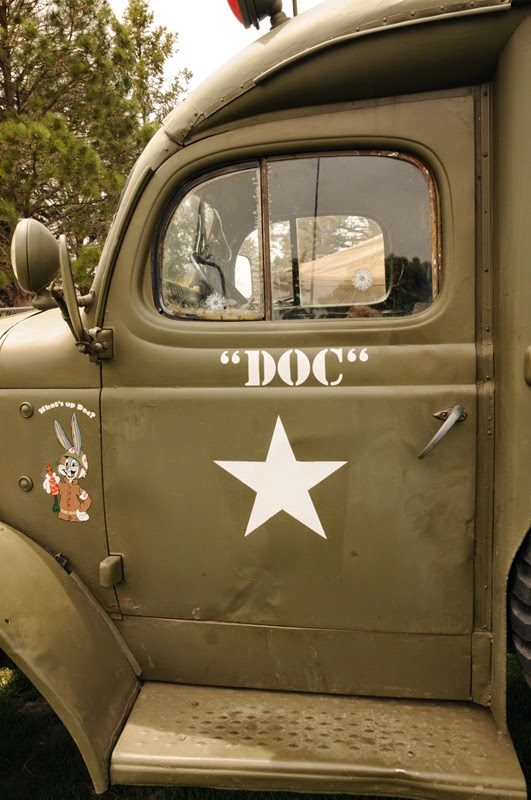 the bullet holes in this window seem to indicate that this ambulance encountered its share of fire. 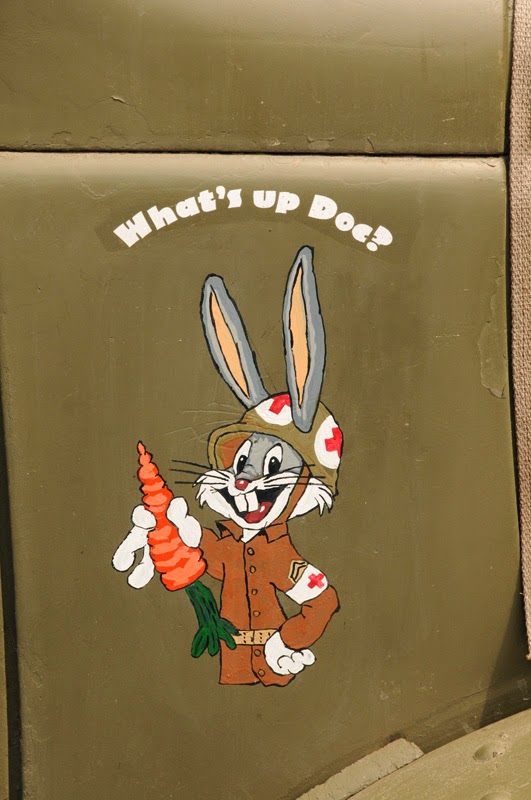 But even if the bullet holes are a reminder of the grim reality of war, the familiar cartoon character painted on the ambulance door leaves no doubt that the soldiers sought to find humor wherever they could, even on the blood-stained battlefields of war.

As we celebrate Memorial Day this week, I give thanks for the men and women who've served their country in the armed forces. 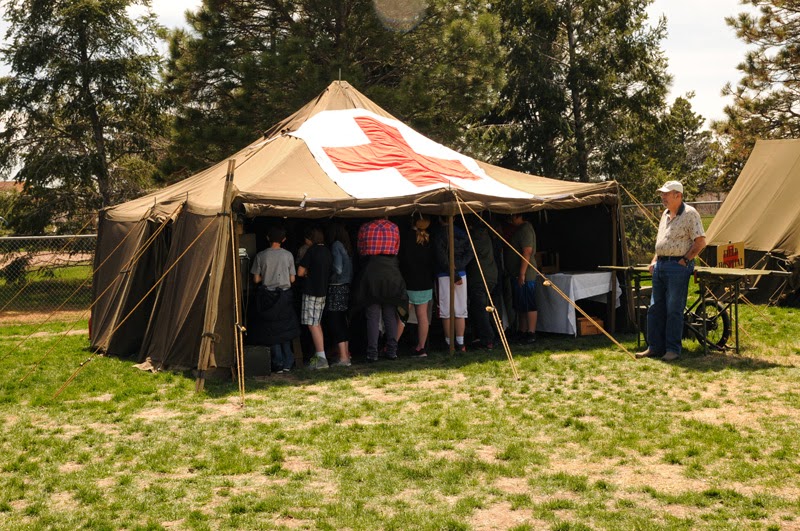 The medical tent was one of the most popular ones to visit, and justifiably, since medical science has changed dramatically since the 1940s. 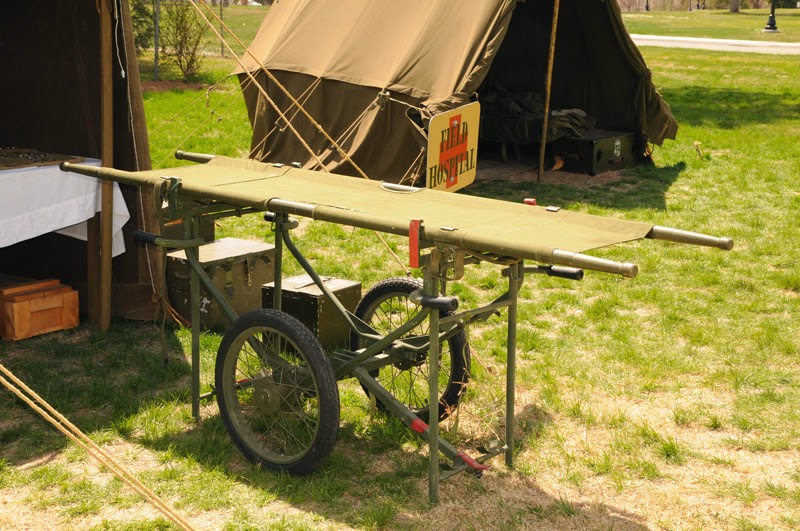 I had never seen a rolling stretcher like this one and wondered how easily it moved over the rough terrain of many of the battlefields. 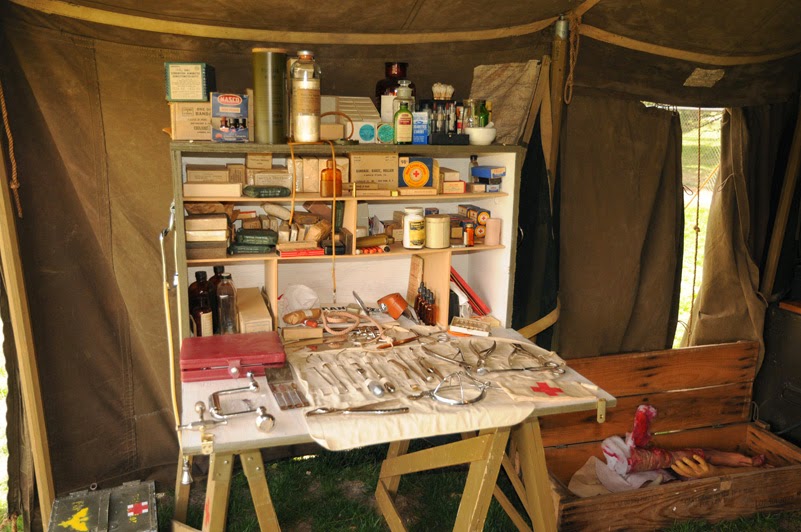 Not only has equipment changed since the war, but I'd like to think that amputated body parts weren't simply dumped into bins the way they were here.  That's a scene I identify with the Civil War, not one from the twentieth century. 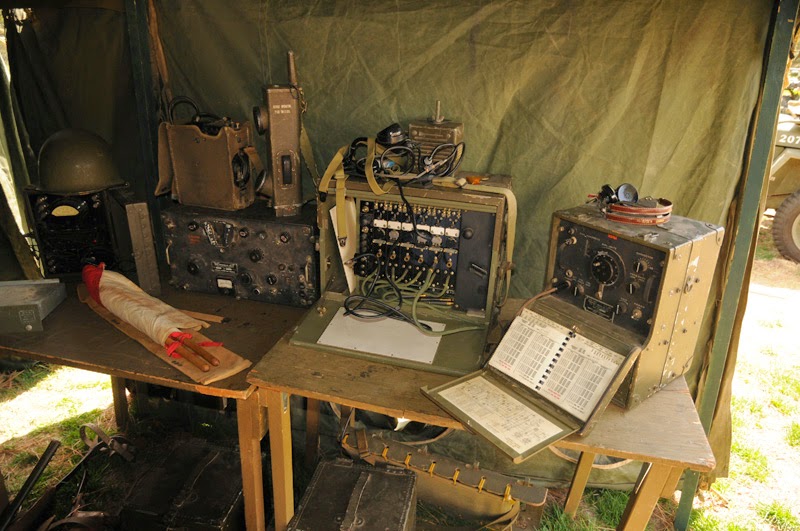 One thing that has changed dramatically in the 70 years since World War II is communication.  Don't these field phones and radios, not to mention the signal flares, look ancient? 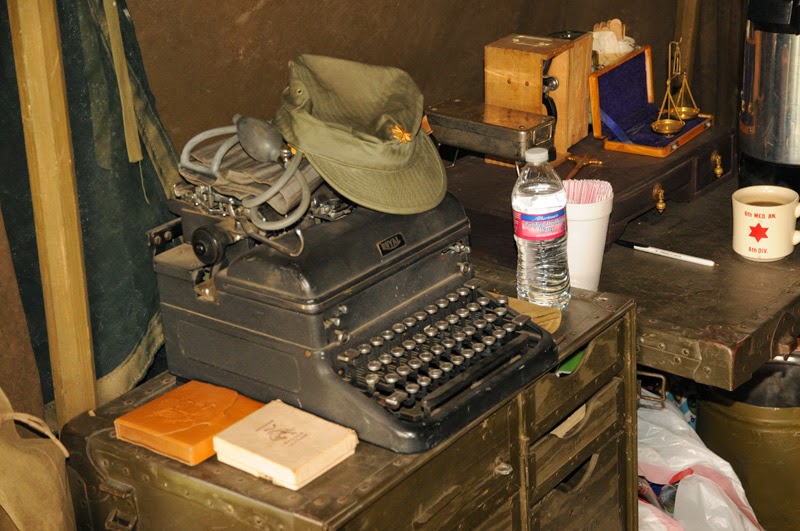 Several of the school children who attended the presentation were amazed by the typewriter.  One said she'd never seen one.  Needless to say, typing on a manual typewriter was a far different experience from keying on a tablet. 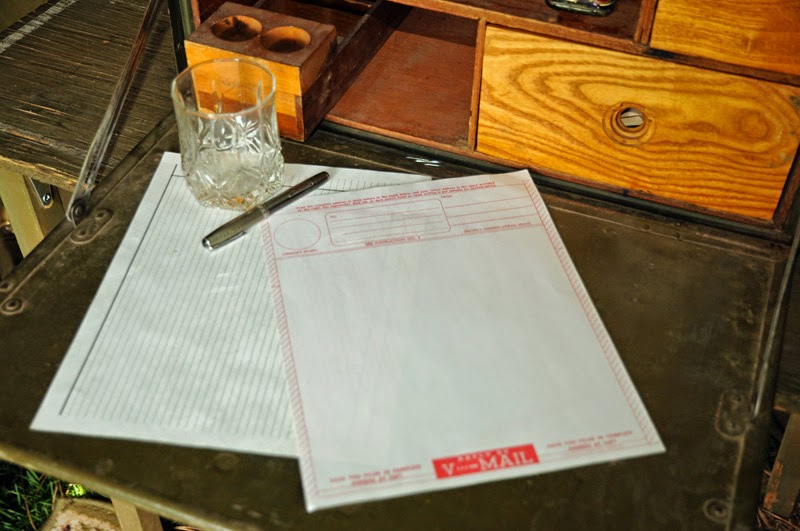 And then there was the oldest form of communication -- writing.  The famous V-Mail stationery.

How often do you write "real" letters, or as we now refer to them, snail mail?

Do you have the feeling you've been transported back in time to World War II?  If so, I'm not surprised.  This scene is from a living history presentation that was held at the VA hospital in Cheyenne last month.  Its purpose was to help local school children learn about the past through seeing and touching actual artifacts rather than simply reading about them. 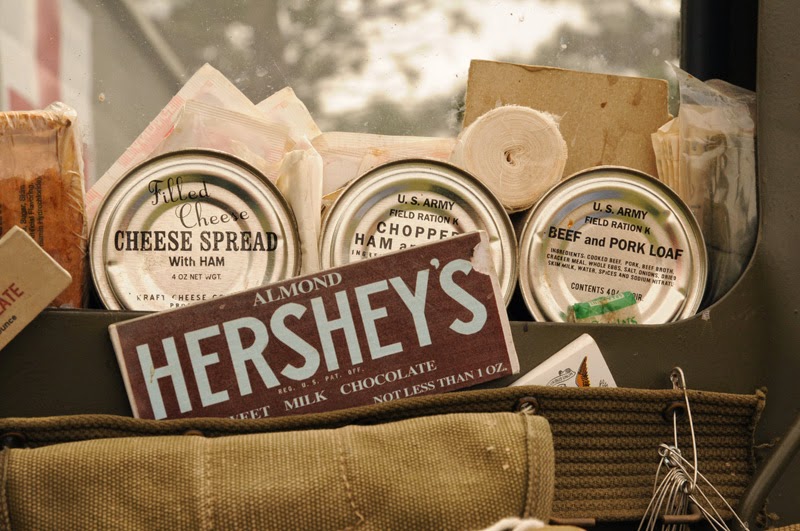 Have you read about C-rations?  According to the veterans who spent their days teaching and responding to questions, they smelled (and probably tasted) like cat food.  But the chocolate bars were always a hit.  GIs used to trade chocolate for local products like wine. 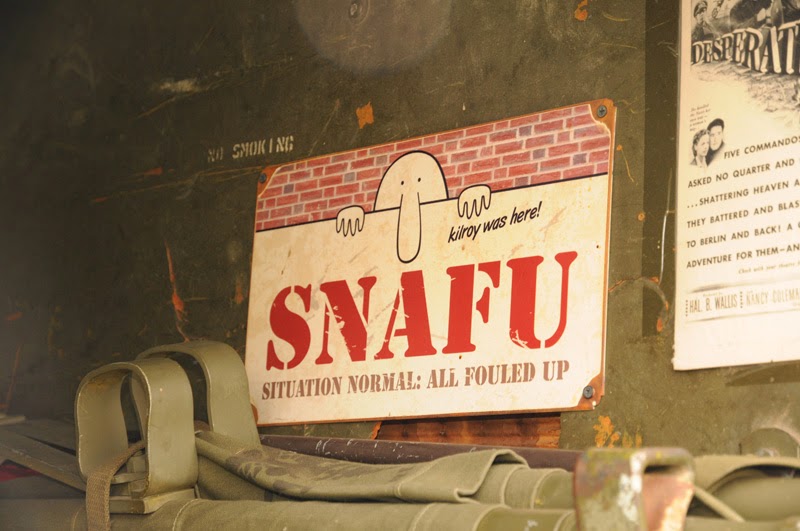 The war brought several new slogans to the American lexicon, among them SNAFU.  And although no one is certain of the actual origin of the saying, "Kilroy was here" became one of the most popular forms of graffiti during the war.