Words for Writers - Trains and Boats and Planes and ... Books? 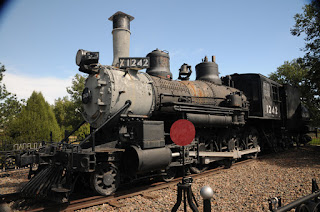 Are you shaking your head and asking what possible connection can there be between forms of transportation and books? Keep reading. I hope to convince you it’s not as crazy as it sounds.

I’m an author who’s also a Sagittarian, and for me, travel has enhanced my life as a writer. I’m not going to claim that I believe in astrology – I don’t – but according to the astrology books, being a Sagittarian means I was born with a suitcase already packed. That’s a bit of an exaggeration, but I do love to travel, and I also love to write, and over the years I’ve learned that travel can spark ideas for new books.

Like many authors, I’ve traveled to specific places to research a book. The odd thing about those trips is that I wound up changing my mind about where the book would take place. I went to Alaska, certain that my setting would be Seward. Imagine my surprise when the scene that lingered in my imagination was the view from a small cemetery near the Tanana River. That place turned into a fictional town that became the setting for two books.

My Texas Dreams books were the result of a similar experience. I traveled to Texas, believing my book would take place in the south Texas plains, but once I got there, I found myself more drawn to the Hill Country, and so the fictional town of Ladreville was born. And, since I fell in love with the area, one book (Paper Roses) became a trilogy, with Scattered Petals and Tomorrow’s Garden following.

Eventually I realized that one of the appeals of travel is that it exposes me to new ideas, sometimes when I least expect them. After all, who would have believed anyone – even a writer – would be inspired by a highway rest area? Yet, that’s just what happened. Although I had stopped at that particular rest area (the welcome center in southern New York State) dozens of times before, one day I just happened to look into the tourist information room and spotted a carousel horse. You have to admit that that’s an odd thing to find in a rest area, unless you know that the Binghamton, NY area is home to six carousels. Until that day, I hadn’t realized that, but the horse piqued my imagination so much that it ultimately led to the publication of six books with a carousel theme.

Although I’m now a fulltime writer, for many years I had a day job. One of the good/bad things about that day job was that I was a very frequent flyer. The good part was that I was able to visit a lot of different places, and some of them provided inspiration for books. For example, I was sitting in a restaurant in Phoenix, eating alone (one of the bad things about all the traveling), when the Muzak started playing “Stranger in Paradise.” “What a great title for a book,” I said to myself. (No, I haven’t gotten to the point where I talk out loud and cause strangers to stare.)  That started the whole process of asking questions. “Where’s paradise?” Answer: Hawaii. “Why would someone be there and feel like a stranger?” The answers to that question turned into a book. Even though I changed the title, the story begins in Hawaii and the hero and heroine are definitely strangers there.

I’ve also learned that I don’t have to travel far from home to be inspired. I was struggling with the title for the third of my Texas Dreams books. The original was Winter Garden, but my publisher didn’t like the “winter” part. I kept wracking my brain for an alternative, but nothing clicked until my husband and I visited the local botanic gardens’ annual glass art show. Admittedly, the greenhouse is gorgeous and the stained glass panels were equally beautiful, but who would have thought that one entry – the picture of a couple sitting on a hillside, holding hands and looking into the distance – would provide me with a title?  The artist had named his work “Tomorrow.” When I saw it, I knew I’d found the perfect word. Winter Garden became Tomorrow’s Garden.

The truth is, writers can find inspiration anywhere, but if you’re traveling, I urge you to keep an open mind (and an open notebook). Who knows what wonderful stories may result?