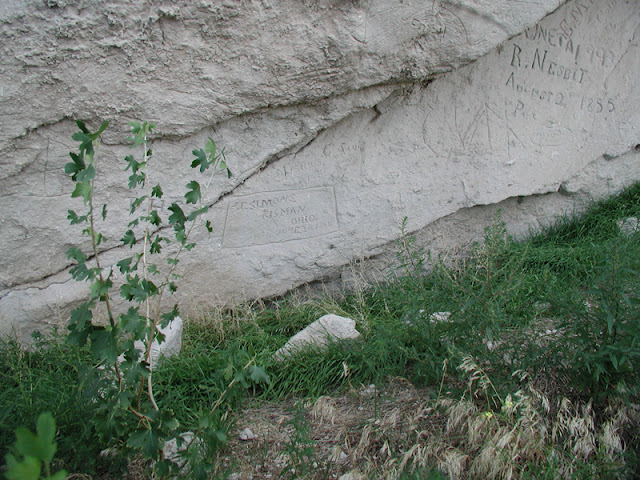 The pioneers who crossed the Oregon Trail might not have known their wagons would leave the deep ruts I featured in last week's post, but they definitely knew they were leaving their mark on Register Cliff.

This nineteenth century form of graffiti is found a few miles outside of Fort Laramie. Other signatures were etched into Independence Rock closer to the center of the state. They all show that the urge to say "I was here" isn't unique to modern times.